The Future of Formosa

General Chiang's journey from his stronghold in Formosa to the Philippines has made more urgent than before the question of future of Formosa, which until a peace treaty is signed with Japan remains in international law Chinese-occupied Japanese territory. At present the island serves as a refuge for Kuomintang officials and their families from northern and central China, as a dumping-ground for Nationalist troops, said to number 300,000, brought there from the mainland, and as a base for the Nationalist naval blockade of Shanghai and Tientsin which is being operated to the considerable discomfort of the Communists and the serious detriment of British and American trade. So far Chiang and his lieutenants who rule Formosa can claim to be there as adherents of the Nationalist Government in Canton, and in accordance with the original agreement for a Chinese occupation of Formosa in advance of a Japanese peace treaty. But the Chiang regime in Formosa largely independent of any external authority, and if the Communists were to capture Canton, thus bringing about the collapse in law and precarious in fact. The island, which was developed economically by the Japanese has a flourishing export trade, but it probably cannot sustain for long, at least soldiers which has now been piled upon it. There is no immediate prospect of the Communists being able to launch a serious overseas invasion of Formosa, but if the Nationalist command ceased to be able to pay and feed its troops (whose homes are on the mainland), mutiny would certainly not be long in breaking out. The situation is further complicated by the tensions which have existed between the Formosans and the intruders from the mainland since the capitulation of Japan. The Formosans rose in revolt in 1947, but were suppressed with great severity. This was not a Communist but a provincial autonomist insurrection, and a strong desire for at any rate temporary independence is reported to exist among the Formosans. They were always an unruly element in the Chinese state and after fifty years of separation from China under an oppressive, but efficient, alien administration, they have no desire to be exploited by "liberators" from the continent, whether Kuomintang or Communist.

Nobody so far has paid any attention to the wishes of Formosa's inhabitants, but it is arguable that should be considered. The agreements made with the Nationalist Government about the provisional postwar occupation of Formosa would lapse if recognition were at any time to be withdrawn from it, unless these agreements were specifically to be renewed in favour of a Communist China; meanwhile, ultimate authority would revert to the Supreme Commander of the Allied Powers as part of his responsibility for all Japanese territory. The Americans, if they wished to do so, could provide sufficient protection for a Uno Commission to hold a plebiscite of Formosans on their future. But there is so far no indication that Washington now contemplates any Far Eastern policy involving new activity. If there are any misgivings about Formosa, however, they may emerge in the expected State Department White Paper on the Far East. The Chinese in Formosa

WHEN plans were made during the Pacific war for disposing of Japan's colonial empire, it was not expected that there would be any trouble over the return of the island of Formosa to China. Japan had annexed Formosa from China in 1895, as part of the spoils of victory in the Sino-Japanese war of the previous year; the population was almost entirely Chinese-speaking and on ethnic grounds, as well as on the basis of former posses[s]ion, China appeared to have an indisputable claim to the reversion of the territory. When, therefore, Japan surrendered in 1945, it was not only agreed that China should undertake the military occupation of Formosa, but China was regarded as having incorporated it as a province of the Chinese Republic even in advance of any formal cession by Japan—which could not be effected until the conclusion of a peace treaty. American shipping and transport aircraft ferried Chinese troops across to Formosa and helped to disarm and repatriate the Japanese, who were still holding the island in strength at the time of the surrender.

The Formosans had shown no sign of liberation themselves from the Japanese yoke; nothing worthy of the name of a resistance movement was in existence. But there had been plenty of discontent with Japanese rule and a certain sense of solidarity with the Chinese of China. The Allied liberators, heralded with glowing propaganda promises, were at first welcomed.

The first days of the new era, however, brought disillusionment. As a Formosan put it in reproach to an American officer: "You only dropped the atom bomb on the Japanese; you have dropped a Chinese army on us." General Chen Yi, appointed the first Governor of liberated Formosa, and his officers regarded Formosa as a rich spoil of war which was to compensate this fortunate company for all the losses and hardships of the war years. The Formosans were supposed to be so grateful for being freed from Japanese rule and restored to the bosom of the Chinese nation that they should be ready to place all their worldly goods at the disposal of the warrior heroes from the mainland. They were subjected to an orgy of plunder and extortion, combined with and incompetence and disorder of administration such as in the bad old days of Japanese imperialist tyranny they had never imagined. In their innocence they had supposed that they, themselves, as the people of Formosa, would now have the benefit of the various Japanese state and private concerns which had made Formosa a source of so much profit to Japan. But every lucrative business or job was snapped up by the newcomers, while at the same time the productivity of estates and industrial plants declined owing to mismanagement and looting.

The Formosans had had no freedom of political association under Japan, but at the time of the Japanese surrender there already existed a group which was alarmed at the prospect of being absorbed by China and hoped for autonomy under a United Nations trusteeship to be exercised by the United States. A year of General Chen Yi's depredations caused a rapid growth of the autonomist movement and in 1947 it culminated in open insurrection. The revolt was suppressed with great severity, and a number of the most prominent Formosans, implicated in it, or suspected of supporting it, were executed. The rising, however, at least gained some publicity for Formosan grievances; reports of what was happening reached the outside world, and the Chinese Government in Nanking became aware that, in this province of China at any rate, maladministration and gone too far. General Chen Yi was removed from his post and departed to the mainland with his ill-gotten wealth. Since then the worst abuses of Chinese rule in Formosa have been remedied, and there has been a degree of economic recovery. But the essential character of the regime has not changed; it is a government of Formosans by mainland Chinese for mainland Chinese. Since the spring of this year the island has become the refuge and military base of the defeated Kuomintang and there has been an influx of hard money and valuables into Formosa, to the enrichment of some local traders and shopkeepers; but the resources of the country are being strained for the upkeep of General Chiang Kai-shek's fighting forces, and there are no funds for non-military economic development or social services.*

Poor Relations from the Mainland

The official Chinese justification for Government policy towards Formosa has been that the period of Japanese rule gave the Formosans no political or administrative experience sufficient to enable them to run their own provincial affairs, and that officials from China had, therefore, to be sent to take over from the Japanese. The Formosan answer is that the mainland Chinese were themselves too short of competent officials to be able to do the job, and that if there had been an interim period of American occupation, as in South Korea, Formosans could quickly have acquired the qualifications for responsible posts. Fundamentally, the Formosans, without being pro-Japanese, look down on mainland China as backward by contrast with the endowment of railways, roads, airfields, education, public health, orderly administration and business management which Formosan has inherited from the Japanese colonial period. The Formosans do not see why the benefits of all these things should be eaten up by the poor relations from the mainland, and would like to pack off the swarming carpet-baggers back to the places whence they came. Their sentiments towards their new masters have a great similarity to those of the Croats towards the Serbs in Jugoslavia between the wars, after the former subjects of the Hapsburgs had discovered what it was like to be governed from Belgrade. So bitter has been the experience of the last four years that an attitude of deep suspicion and hostility towards all Chinese mainland authorities is likely to be characteristic of the Formosan population for a long time to come.

* The international problems created by the presence of Nationalist forces in China were discussed on p. 124 of last week's issue. 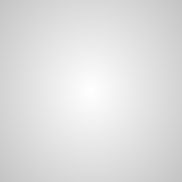 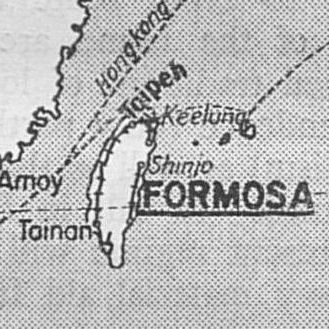 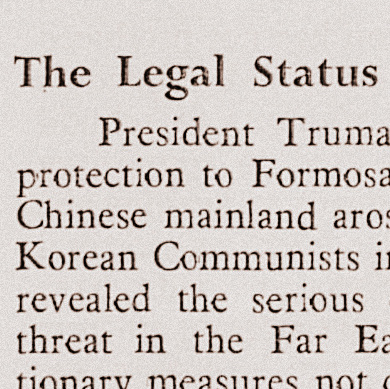